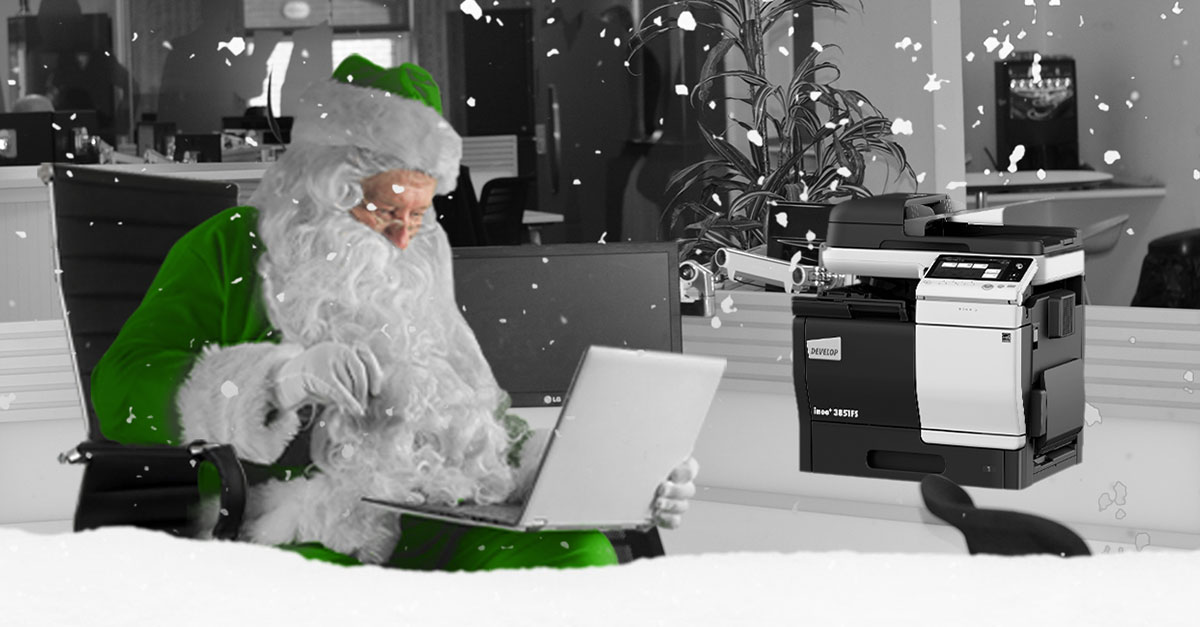 The digital age is here. It’s affecting businesses across the land. Way off in the North Pole, the onset of digitisation is also shaking the snow from Santa’s tree.

As with any savvy business person, Santa is embracing technology to optimise key processes. After all, he and his poor elves need all the help they can get to battle through their busiest time of the year.

It just happens that Rudolph is secretly pleased with this revolution. Our furry friend believes that reducing paper usage is protecting fellow deer and forest habitats.

Flip that chocolatey Christmas coin, and you’ll find Santa’s cheeks redder than Rudolph’s nose. Why, you ask, is Santa’s anxiety climbing higher than his sleigh? Well, because he’s concerned that the dastardly Grinch could pinch the children’s letters from the printer.

So it was that Santa sent an email to ABC. A quick assessment revealed he’d been a very very good boy this year. As such, ABC introduced the gift of document security to Santa’s printer fleet.

This means that only authorised elves with an activation card can print the childrens’ emails.

With document security, Santa can rest assured that each and every child will get what they asked for this Christmas, as emails and printed materials will be protected from unwanted eyes.

Let’s hope Santa securely prints off all the childrens’ emails before Christmas Eve … after all, according to Rudolph, he does have a tendency to leave things last minute.

Can you hear it? #ThrowbackThursday